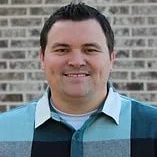 Alan was born and raised on the western edge of Hazel Green, AL in the small community of Lick

Skillet, just 20 minutes east of Elkmont.  Alan was saved at the early age of 4 at Bethlehem Baptist

Church, where his family still attends to this day with his father who serves as the Senior Pastor.

Alan graduated from Hazel Green High School in 2006, received his Bachelor’s degree from The

University of Mobile in 2009, and obtained his Master’s from Liberty University in 2017.

Alan has served in vocational ministry for 13 years.  He served bi-vocationally as the youth pastor of

Anchor of Hope Baptist Church in Semmes, AL for one year and the pastoral intern at FBC Satsuma, AL for 2 years while he was at the University of Mobile.  He also served in an interim role as student pastor at Bethlehem Baptist before taking a full-time ministry position at the Lindsay Lane Athens Campus.  Alan served a combined 9 years at Lindsay Lane, first as the minister to children and jr. high students, and then as student pastor.  He is excited to continue his tenure with Lindsay Lane now as the campus pastor at Lindsay Lane North Church.

Alan has been married to his wife Rebecca for almost 9 years, and they live in Elkmont.  Together they have 3 children:  Cooper (8), Hudson (4), and Maddy (1).  The Ostrzycki's are passionate about reaching the lost in Elkmont and the surrounding area through serving the needs of community and its people.  As he often says… the church is to be “IN THE COMMUNITY, FOR THE COMMUNITY.”