Heath was born and raised in Ardmore, AL. He grew up in an awesome Christian home with parents

who served faithfully in their church and their community. He came to faith in Christ at seven years old.

He graduated from Ardmore High School in 2005, received a Bachelor’s degree from the University of

Heath sensed God was preparing him for vocational ministry in his teenage years. He began serving

as a student ministry volunteer at his home church while in college. His junior year of college, God provided an opportunity for him to begin leading a youth ministry at Salem Springs Baptist Church in western Limestone County. He served there for over eight years. He then got to go back to his hometown of Ardmore and serve as Associate Pastor of Community Baptist Church for over three years. In January of 2020, he began serving as the Campus Pastor at the East Campus.

Heath has been married since 2009 to his high school sweetheart Kelly. She is an incredible support for his ministry but also enjoys serving in student ministry. They have two wonderful children: Elsie Jo and Daniel who love playing games together as a family. As a pastor, Heath’s passion is to help people grow in their faith, discover their spiritual gifts, and lead them to step out on faith into the ministry God has for them. The Haney’s are excited to lead the East Campus toward this end! 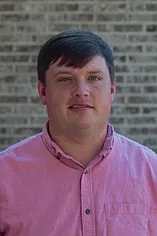